Hunting in Romania is, no doubt, a one of a kind experience, as this is a country that has a long history in this field. Romania has a large number of species for hunting and this makes it a top destination that attracts hunters from all over the world. In the following we will talk about two of the most famous species when it comes to hunting in Romania: the Wild Boar and the Brown Bear.

The Wild Boar is one of the species of great hunting interest in Romania, stretching from the alpine area to the seashore, with remarkable densities in the foothills and hills, but also in the plain, the Meadow and the Danube Delta. In such places with massive wild boar concentrations, unique and spectacular hunting trips can be organized, with or without chasing dogs.

With males often exceeding 200 kg, sometimes even 300 kg, with tusks bigger than 22-25 cm, such specimens are the ones that have made hunting in Romania an irresistible attraction for passionate hunters. Therefore, the methods of hunting vary, on a case-by-case basis, depending on the possibilities and preferences of the hunters.
The weapons admitted for wild boar hunting in Romania are either squirted with a single projectile or bullet from the 6.5×57 caliber up.

The record of 144 C.I.C. points has not been shot down since 1980, but it is not at all excluded for this to happen, as it is relatively common to get boar tusks over 135-140 C.I.C. points while hunting in Romania.
The hunting season for the wild boars is relatively long, from 1st of August to 15th of February, with an optimum recommended time between 15th of October and 15th of December.

The Brown Bear is the third “most-wanted” hunting species in Romania, the country with the highest density of brown bears in the world! About half of Europe’s brown bear population, excepting the ones in Russia, is found in the country’s Carpathian Mountains. 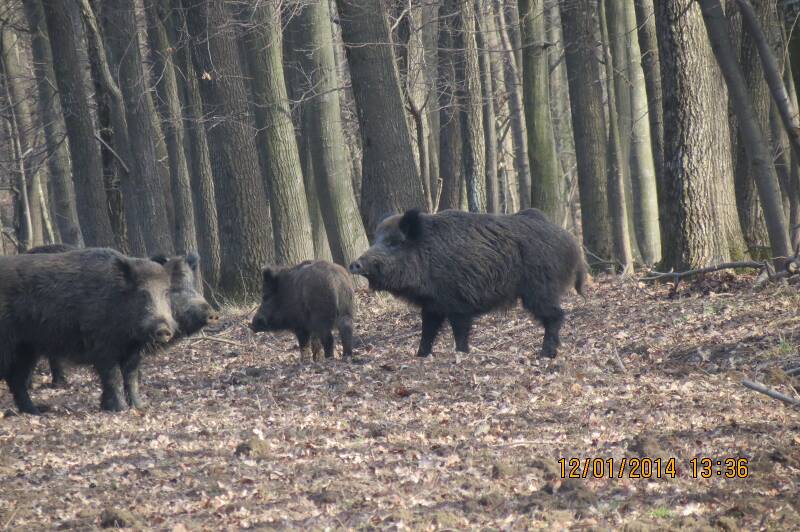 Although it is a strictly protected species by international conventions, European directives and by the national Romanian law, the excess population of approximately 200-300 bears / year, must be hunted, for the sole purpose of preventing overpopulation, harm to human activity and avoiding other type of accidents.

Traditional hunting methods for the brown bear in Romania provide selective extraction and fair play actions are required by such a hunt. Talking about a species threatened with extinction in many countries in Europe, the export of trophies from Romania – furs and skulls – is admitted only in limited numbers.

The fire weapons for hunting brown bears must have a minimum of 7 × 64 caliber.

The seasons for the brown bear hunting in Romania are as follows: 15th of September – 31st of November and 15th of March – 15th of May, with an optimum recommended time being either the 20th of October – end of November, or starting with 15th April until the end of the month.

Iconic One Theme | Powered by Wordpress